The Authoritative Dictionary Definition on the Internet and in Print!

The ICI in cooperation with a co-sponsoring institution holds a periodic Summer Conference featuring a Research Symposium and Professional Development Seminar. In general, the Conference alternates between a venue in the United States of America and an international venue. It is typical for the sponsoring institution, usually a university or research center, to underwrite the primary cost of the meeting venue. The conferences are by invitation only. Fellows and Scholars must provide their own travel and lodging costs, usually through their home institutions. The Summer Conference has three parts: (1) Formal papers presented by Fellows and Scholars under an organized theme as a Symposium, published later in book form, (2) a Seminar of cognate papers concerned with pedagogy and research in Communicology, and (3) a Colloquy of informal discussions and dialogues among Fellows, Scholars, and locally invited participants focused on issues raised both in the Symposium and the Seminar; these discussions are for purposes of professional development. Certificates of Participation are issued upon completion of the conference.

"Communicology as a Human Science: Course and Conference"

The Course:  Communicology as a Human Science

Ph.D. alumni from the Department of Speech Communication whose research methodology is semiotic phenomenology have a continuing dialogue about their research and publications. This dialogue was recently innovated to the internet medium with the creation of the "Communicology Conference" on the COW (Conferencing on the Web). This interactive WWW distance learning site allows interactive dialogue, including a record of discussion for new users to review, plus articles on line. This is a professional closed conference site with peer reviewed entry to maximize dialogue relevance to research on topic. Graduate students registering for SPCM 503 will be added to the user list for site access. Alumni are invited to attend one or more weeks of the conference dialogue on campus at SIU. Several alumni will be participating in the campus conference as part of professional development grants from their universities. All alumni are eligible for Visiting Scholar status at SIU. The conference is intended to maximize scholarly interaction between students and alumni.

The Course and Conference Schedule

Alumni and Other Faculty

On 7 July 2000 by unaimus affirmative vote, the conference participants founded the International Communicology Institute to formalize their scholarly collaboration as an institution. Richard L. Lanigan was elected founding Director and authorized to create (1) an internet site for the ICI, (2) establish procedures for the election of ICI Fellows and Scholars, and (3) establish a biennial conference venue that would alternate between the USA and an international location.

The symposium will offer a thematic focus on cultural constructions of technological and human relations, healthy and unhealthy, strange and familiar bodies. This focus will allow participants to explore complementary, contested, and ambiguous relations between technology and bodies as lived. This focus is especially relevant in light of current events which necessitate heightened security and medical screening, more precise understandings of bodily presentations and processes (e.g., gait, neurological and metabolic processes, disease states), more complex analysis of belief systems, cultural norms, conflict and consequences. The more we know about the body, the more mysterious it becomes, blurring the borders between familiar and strange, law and transgression,self and other.

Stu Rothstein: "Back Survival for the Business Traveller: A Curious Phenomenology of Everyday Life"

Eric Peterson: "A Performance of One Sort or Another: Story telling in Web Logs"

Isaac Catt and Deborah Eicher-Catt: "Report on the Course: Introduction to Communicology" [Workshop]

Diane Bergsma: "Experiential Learning in Women’s Studies: A Reflection on Content and Process"

Tom Craig and Maureen Connolly: "Roundtable Discussion: King Solomon and the Unbearable Rightness of Being (Communicology and the Embodied Politics of Interpretation)"

All Participants:  "Open Roundtable to Reflect on Presented Papers and Workshop Experiences"

Tom Craig and Maureen Connolly: "Ritual Process and Social Drama in the Bible and the University: The Trial of the Unfaithful Member"

The ICI invites scholars and developing scholars to join usas we pursue our interests in signs and semiotics. Papers and presentations in any field of study are welcome. Fellows of the Institute will share their research in human communication.

Stephen McKasson, Document Examiner, and an invited guest of the ICI, will present his study of identity and identification, particularly from the point of view of forensic science. Interested scholars may contribute to the study with their research on identity.

Pamela Maas, Human Factors Psychologist, will introduce her specialty to attendees. Phenomenologists may wish to relate her study of human factors to the concept of embodiment. Signage is just one area of study within human factors research.

Tom Craig: "Shelter on the Mountain of God"

Vicki Magee: "The Poetics of Written Communication: DeBold and Gilligan’s Self-Poem as an Analytic Tool"

Yun Xia: "We Are Digitized Long before We Have Computers: Analog and Digital Communication"

All Participants: "Roundtable: Last Words in the Sign System of Human Communication" 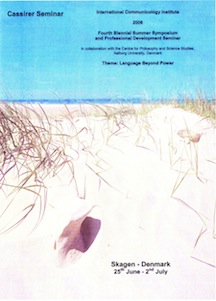 Deconstruction of Language by Power

Science and Communication Beyond Power

The Power of Art and Symbolic Communication

Autonomous Connection to the World

A primary function of the seminar is to produce a book collection of papers to be published under the title Cassirer on Communicology. A primary theme of the book is to explicate Cassirer’s use of semiotic phenomenology as a research methodology. While seminar papers are not required to utilize the work of Cassirer, those that do will be reviewed for inclusion in the book. Cassirer’s key concepts are expression [Ausdruck], representation [Darstellung], and signification [Beutung], with expression specified as mimetic, analogical, and symbolic. Cassirer’s main categories of research are (1) Myth, (2) Language, (3) Art, and (4) Knowledge as a function of the phenomenology of Culture.

The conference venue will be the conference center at Skagen, North Jutland operated by Aalborg University. The conference center is the Klitgaarden Refugium restored and opened in 2000. The former summer "cottage" of King Christian X, the original building has been restored with guest accommodation, kitchen, dinning room, conference room, computing facilities, and sits on a beach facing the Skagen town and harbor. 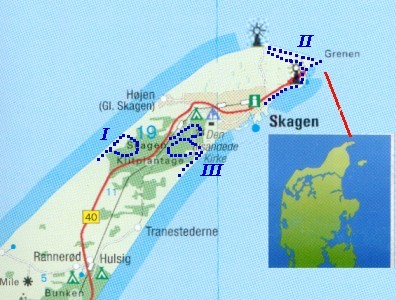 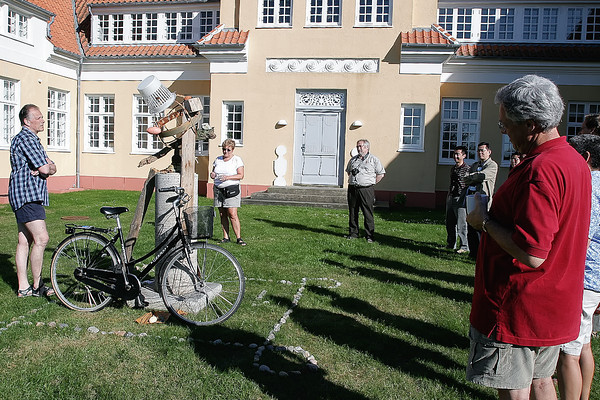 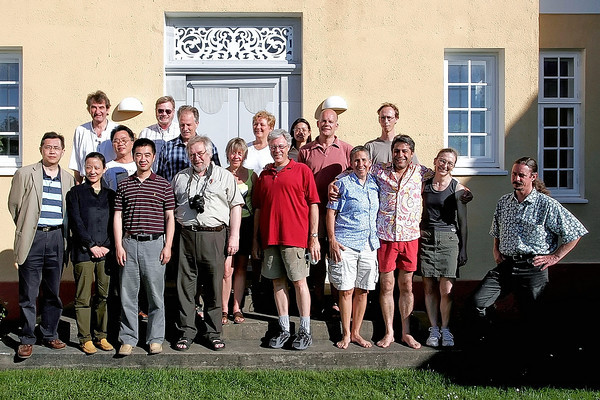